We hold these truths to be self-evident...

Once nice thing about egotists: They don't talk about other people.

To be intoxicated is to feel sophisticated but not be able to say it.

Never underestimate the power of stupid people in large groups.

The older you get, the better you realize you were.

Age is a very high price to pay for maturity.

Procrastination is the art of keeping up with yesterday.

A fool and his money are soon partying.

ALL THE BEST TO EVERYONE IN THE NEW YEAR!!
Posted by Moose and Squirrel at 3:55 PM 1 comment: 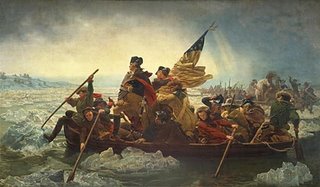 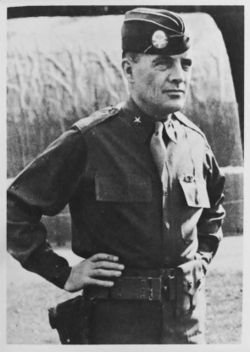 On or around December 22, 1944, Brigadier General Anthony McAuliffe, artillery commander of the 101st Airborne Division, sent a one-word response--"Nuts!"--to the surrender ultimatum that was hand-delivered to him by the Germans, whose armored units had completely encircled the American forces at Bastogne.

On December 23, 1776, General George Washington met in secret conclave in Pennsylvania with his staff officers. In that meeting he laid out his plan that they would cross the Delaware River and effect an assault on Trenton, New Jersey, against 1200 Hessian troops that were barracked there—the same troops that had slaughtered a large number of Washington’s soldiers in Brooklyn. Upon hearing this proposal to traverse the ice-bound river on Christmas morning, one officer, General Gates, told Washington in no uncertain terms that the idea was futile and hopeless. He insisted they surrender to the British, who were chasing them, because troop strength of the Continental Army had shrunk to a little over 2,000 from 20,000. Gates also accused the General of being unfit for command—in today’s vernacular: Nuts.

In these particular instances, which coincidentally occurred at Christmastime, defeat appeared undeniable. But defeat underestimated the relentless faith of Generals Washington and McAuliffe, both of whom held strong to a deep-rooted belief that victory would somehow be theirs: As difficult as it must have been, the Delaware River crossing was successful, as was the Continental Army’s assault on the Hessians; and the 101st Airborne retaliated, sending the Germans running back to the Fatherland. The 101st then went on to fight in Bavaria, Austria and the Rhineland.

Events like these are at the apex with some of the finest moments in American history. Such conviction and steadfast devotion to liberty and democracy is the basis of the committed struggle for better and non-violent tomorrows, which is desired and prayed for by Americans and all freedom-starved peoples everywhere.

It is now December 2006, and the rules of engagement have drastically changed. The musket, the BAR (Browning Automatic Rifle) and bayonet have been replaced with nuclear armament, brazen suicide bombers, and terror reprisals threatened against Americans on American soil. At the time of this writing, a news bulletin appeared on the Internet issued by Fox News which read [verbatim]: The FBI has sent a bulletin to state and local law enforcement warning of possible terrorist reprisals as the health of an incarcerated terror mastermind [blind Sheik Omar Abdel-Rahman, the alleged architect of the 1993 World Trade Center bombing] fails, FOX News has learned.

America and the free world presently exist in a state of emotional siege, yet spiritually penniless politicians who hold Christmas and American traditions in contempt are pushing for a humiliating withdrawal of our troops from Iraq. Just like General Gates, they want to surrender. Democrats seem to possess a morbid fascination with failure, as long as it’s not their own.

There is universal agreement that war is not a gracious pastime; it is abominable. Today, however, it is a fearful necessity, because the enemy we face and their progeny are dedicated and determined to spill their blood in exchange for the lives of Americans and the devastation of the United States.

Crimes by Islamic terrorists have been carried out in nearly every corner of the globe, and continue each minute of every day. They must be stopped. If not, their random slaughter of innocent people will never end. Quoting the words of Leo Tolstoy: “If we don’t stop them now, the crime will be perpetrated, if not today, then tomorrow.”

If the Democrats are able to cause a pull-out of our troops from Iraq and submit to threats by Iran and others, then General Washington’s resolve and General McAuliffe’s stand of strength, along with every sacrifice by every American from the Revolutionary War to present day to keep America durable and free, will have all been a tragic exercise in futility.

It would be nuts.
Posted by Moose and Squirrel at 3:10 PM 1 comment:

Eating Tips for the Holidays 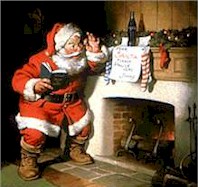 1. Avoid carrot sticks. Anyone who puts carrots on a holiday buffet table knows nothing of the Christmas spirit. In fact, if you see carrots, leave immediately. Go next door, where they're serving rum balls.

2. Drink as much eggnog as you can and quickly. You can't find it any other time of year but now. So drink up! Who cares that it has 10,000 calories in every sip? It's not as if you're going to turn into an "eggnog-aholic" or something. It's a treat. Enjoy it!!! Have one for me. Have two. It's later than you think. It's Christmas!

3. If something comes with gravy, use it. That's the whole point of gravy. Gravy does not stand-alone. Pour it on. Make a volcano out of your mashed potatoes. Fill it with gravy. Eat the volcano. Repeat.

4. As for mashed potatoes, always ask if they're made with skim milk or whole milk. If it's skim, pass. Why bother? It's like buying a sports car with an automatic transmission.

5. Do not have a snack before going to a party in an effort to control your eating. The whole point of going to a Christmas party is to eat other people's food for free. Lots of it. Hello???

6. Under no circumstances should you exercise between now and New Year's. You can do that in January when you have nothing else to do. This is the time for long naps, which you'll need after circling the buffet table while carrying a 10-pound plate of food and that vat of eggnog.

7. If you come across something really good at a buffet table, like frosted Christmas cookies in the shape and size of Santa, position yourself near them and don't budge. Have as many as you can before becoming the center of attention. They're like a beautiful pair of shoes. If you leave them behind, you're never going to see them again.

8. Same for pies. Apple, pumpkin and mincemeat - have a slice of each. Or, if you don't like mincemeat, have two apples and one pumpkin. Always have three. When else do you get to have more than one dessert?

9. Did someone mention fruitcake? Granted, it's loaded with the mandatory celebratory calories, but avoid it at all cost. I mean, have some standards.

10. One final tip: If you don't feel terrible when you leave the party or get up from the table, you haven't been paying attention. Reread tips: Start over, but hurry. January is just around the corner.

Remember this motto to live by:

"Life should NOT be a journey to the grave with the intention of arriving safely in an attractive and well preserved body. But rather to skid in sideways, chocolate in hand, body thoroughly used up, totally worn out and screaming "WOO-HOO what a ride!"

MERRY CHRISTMAS!!!
Posted by Moose and Squirrel at 10:08 AM No comments: 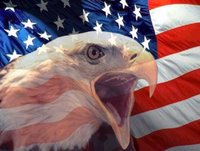 By the time the Democratic Congress is finished with their "chores" and high-tail it with their pockets filled with taxpayer money, there will be no religion and no religious books remaining in this country -- either Jewish, Christian, Protestant, Mormon, Evangelical, et al.

The Left are systematically and purposely razoring our national traditions, and using the Constitution as a napkin to wipe their twisted mouths with.

If Democrat Ellison wants to take his oath on the Koran, let him ... as long as it's not in the United States of America. How about Syria? or Iran? I'm sure he'd be welcomed with open arms in either of those countries.

Someone has to put his foot down on this one, because this squirrel is personally weary of seeing so many of our traditions stomped on (i.e., Christmas carols, saying 'Merry Christmas;' school prayer, the Pledge of Allegiance; men and boys not removing their caps at ballgames when our National Anthem is played, etc., etc.). These have all been branded by the Left as "evil" or "unacceptable" or, worse, "un-Constitutional."

The state of affairs is not great right now, but now is not the time to kick ourselves when we're down. Besides, everyone seems to be forgetting that there are those other muslims who have made it their career to kill as many "infidels" (that's you and me, folks) that they possibly can -- specifically, Christians and Jews.

Whoever isn't happy with the way things are run here in America (and God knows, we're far from perfect, but still supremely better than the other nations on this planet), you should just pack up and shove off ... maybe spend a weekend basking in the sun at the Tehran Hilton.
Posted by Moose and Squirrel at 3:03 PM 2 comments: 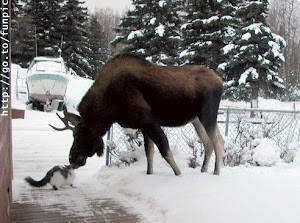